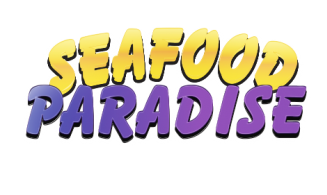 The Seafood Paradise Game Kit (Chinese Version) is a video redemption game upgrade that is designed to upgrade your fish hunter game machine.

The Seafood Paradise Game Kit features a lottery-type game with a marine fishing theme, which includes 19 different types of fish, and the aim of the game is for players to try and catch as many fish as possible to score points. To help players catch the fish there are three kinds of powerful special weapons and players can also earn high-score rewards for all their hard work!

There is also a special character weapon – the Spongebob Bomb! This awesome character feature cane give playes a x2~x10 bonus with a maximum of 1000x reward!

-Lucky Fish — When killing the lucky fish, player will get a x2~x3 Bonus reward for the fish type that has shown up as a Lucky one. Maximum reward is 150 time Bets!

-Timer Bomb: Shoot the Timer Bomb and cause an undersea storm! The storm will attack all fish in the field. Fish killed by the storm belong to the player who launches the Timer Bomb.

-Fish King: Fish surrounded by dolphin ring become Fish King. Killing the Fish King causes all same kind of fish in the field die and gets the scores.